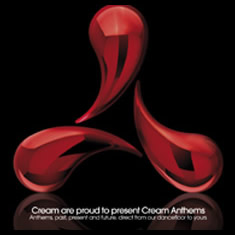 On Thursday the 2nd April, Tom Upton was asked to play for Cream for their Cream Anthems tour which is heading around the UK at the moment.

The tour is lucky enough to be heading to the Palace in Aldershot and will be decorating the venue with Cream decor and hosted by some very well known djs.

On the night, Tom is going to be playing alongside Nick Rafferty and Alan Prosser on the main stage.

This event is being held on the 15th May 2010, and is definately one not to be missed!

Below is some more information about Nick Rafferty.

It was late in 1995 when a young Nick Rafferty realised he would have to finish his pro-golfing career to pursue his true love of DJ..ing and house music. Having produced demos on a pair of crumbling old decks, Nick was lucky enough to quickly establish a regular slot at the West End bar in Birmingham.

Nick rapidly gained an impressive reputation around the west midlands. When the now legendary Sundissential club night started it was only natural that Nick should become the club..s second resident DJ alongside the great Tony De Vit. Playing with Tony and the other Sundissential ..big names.. taught Nick a tremendous amount about the skills of a top DJ. Right now he refuses to stay stagnant and become pigeon holed. He..s always looking to push new styles and sounds in both his production & DJ..ing. This has enabled him to develop his own style to the point that he is in demand across the whole country and the globe.

Beyond his DJ..ing career Nick has had considerable success with various studio projects including 25 single releases under his own name. He..s also released under the name NR², completed an impressive array of remixes, as well as taking control of the decks for eight TV advertised compilations including all 3 Sundissential Albums.